Why I chose the name 'Nidana Heights' for website dedicated to pan-Haryana culture and heritage?

Today's article published in 'The Tribune' entitled "No threat of whiteflies in Jind, courtesy pesticide-free farming" (see from the link below) drowned me in nostalgic briefing around the title of this article.

Nidana is of course the name of my native village dwelled in green vicinity of Jind Riyasat since 1600 AD.

Despite carrying all kind of loop wholes a general Haryanvi Village may have, Nidana by God grace excels in gripping or catching or stepping ahead in many human development and technical advancements. A steep journey of such advancements can be seen through proverbs associated with its name, in time to time happened various human development related revolutions and from the kind of autonomy in ideological social engineering used by her dwellers, all together distinct it in quite a countable areas.

1) Village bears four major historical proverbs and titles on its name. First thou dwellers were and are known as 'gaibh', second 'Chhuta hua saand' title and third 'Nidani me bhav nahin, Khema-Khedi (Gonsai Kheda) mein raah nahin aur Nidana me nyay nahin' (both conferred by Sadhu-Sant lobby for not getting their desired alms or charity on name of tantra-mantras), and fourth 'bada gaon' as her diaspora established from completely new village like Lalit Kheda to forming major chunk of Nidani, Gatauli and Sindhwi Kheda population. So it gives the highest sense of being autonomous in its social and religious philosophy (though have concerns about continuation in these regards).

2) Village got its first irrigation canal in 1888 AD, called as number three at that time and became the major reason behind village's enrichment in cereals thus earned statewide recognition in high volume agri production. Due to this got an early and high mileage in nation's first Green revolution.

3) Villagers were among the earliest techno savvy thus lovers as got village's first tractor in 1968. If they boast of developing technology then villages like mine boast of recognizing and endorsing it warmly.

4) Village got its first High School in 1936 AD, which was epicenter of education not only to Nidana but surrounding villages for decades until late 90's and still in continuation. If village is appreciated for having highest number of graduates in its neighbourhood credit goes to this school only.

5) Saw two historical revolutions in parallel to each other, one for girl's education enhancement in separate building in village and second against alcohol consumption in village in last two decades of 20th century. Heights of these revolutions can be seen first as a building now known as 'Girls High School of village' and a 100% ban on entry or consumption of alcohol in village during era of that movement, which still thrills my memories.

6) And now since 2008 AD with pursuance of high visionary agri scientist Dr. Surender Dalal and Khaps, village has become prime most testimony to internationally acclaimed movement against use of pesticides in crops and stepping marvellously to enhance awareness in providing pest free food and crops to nation's public thus nation's health.

7) Though it has been since ages that village saw intercaste marriage but in last decade village shown its acceptability to inter religious marriage too and that too in an era of stern so called 'rashtra and dhramvad'.

Beside immense love, passion and zeal for Haryanvinism, I think I have plenty of reasons to say why I named it 'Nidana Heights'. It represents the smallest single unit of an entity blended with all around saturated characteristics of Haryana, Haryanvi and Haryanat.

Source of reason behind this article: http://www.tribuneindia.com/news/haryana/community/no-threat-of-whiteflies-in-jind-courtesy-pesticide-free-farming/114684.html
at August 03, 2015 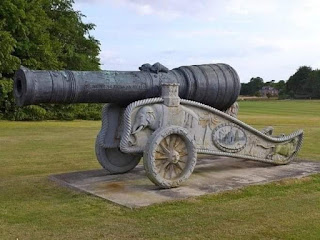